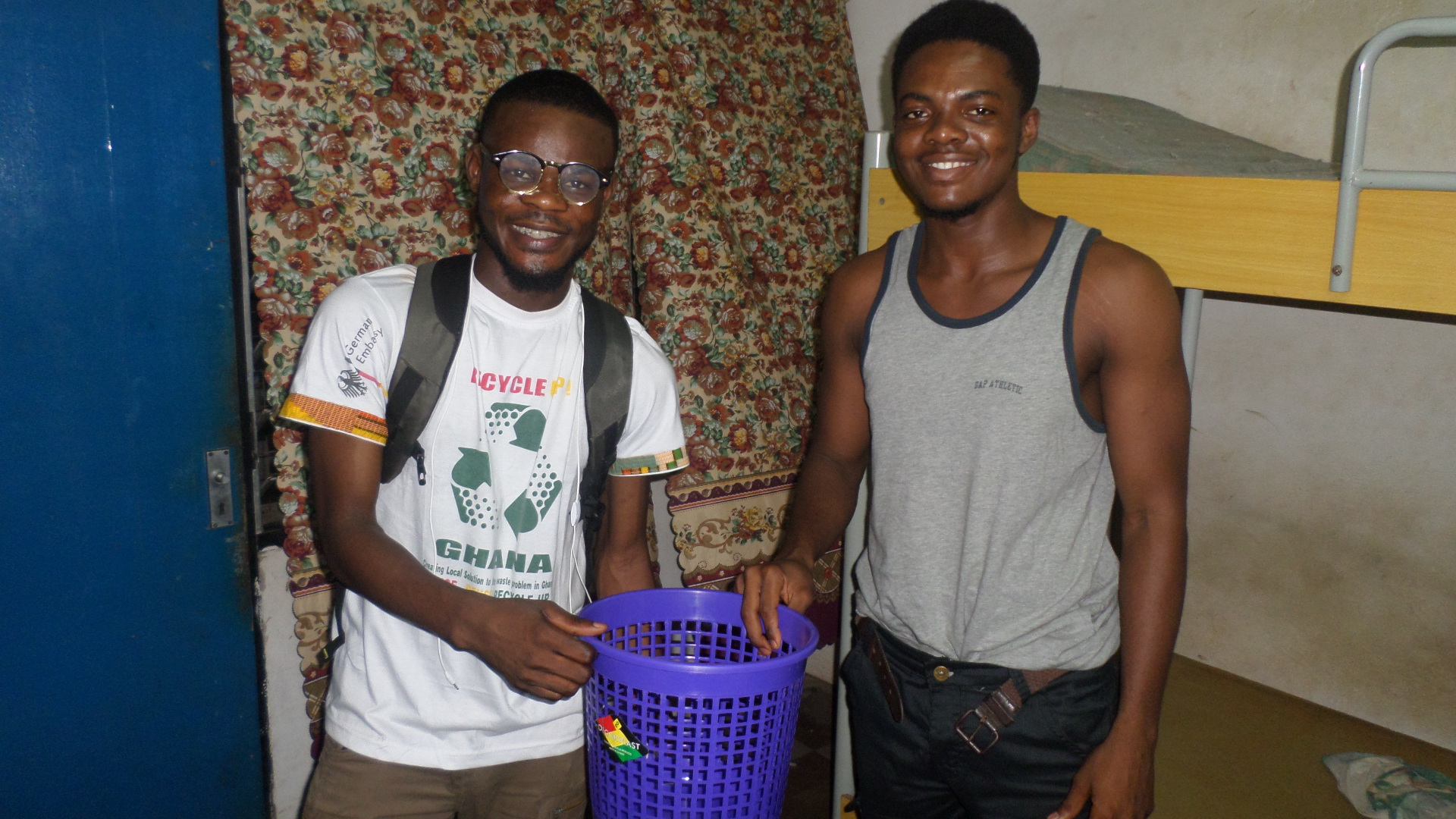 One of the major threats to our environment has been plastics ever since plastics were created. Plastics pose such a great threat to humans since we inhabit the earth. Plastics on their manufacture have no dead end as they are non-biodegradable which means they can’t be decomposed by the activities of bacteria in the soil. Most plastics in Ghana find their way into the ground. This causes the production of leachate which seeps into water bodies which we all depend on for our water supply. Considering the non-biodegradable nature of plastics, recycling is the best known solution yet.

Campus dustbin project under the auspices of RecycleUp! Ghana with funding from the German embassy has launched its pilot project to promote waste segregation. This initiative which is currently being run at the Mensah Sarbah hall in the University of Ghana main campus has provided waste bins for the collection of plastic waste mainly sachet water remains. This, the brains behind the project say will instill the culture of waste segregation in the populace of the hall which has the possibility of being transferred to other locations as habits follow us everywhere we go. The launch took place in the Annex D block of the hall with the Mensah Sarbah Hall junior common room (JCR) president, Mr. Howard Avornyo and the organizing secretary, Mr. Samuel Wenya who were present to grace the occasion which took place on evening of 7th February, 2017.

There has been a popular notion on campus that, this esteemed hall, Mensah Sarbah Hall has been tagged by the student body of the University as one of the dirtiest halls on campus, Mr. Wenya said. Campus dustbin has taken upon itself to help them out of their situation since it’s not the best of reputations to have.

The Executives of Mensah Sarbah hall are optimistic that this project will not only leave the hall one of the cleanest in the academic community, but touch the populace of the hall to segregate plastics from their waste materials spreading the impact of the hall to areas such homes. The hall organizer in his optimism had this to say

“I think this initiative is going to be a fruitful one. Recycle Up! Ghana and Mensah Sarbah hall partnership has proven to be very beneficial to the JCR. The waste management problem here is something we’ve always had to tackle and with you coming onboard to provide plastic waste bins at the annexes and God-wiling the main hall, it’s really going to help with waste management in the hall especially plastic waste in Sarbah hall”–Samuel Wenya

The University of Ghana, even though is rising to a world standard community of research and learning, waste especially plastic materials is an issue it constantly battles through various initiatives.