Ghana generates approximately 1.1 million tonnes of plastic waste per year and approximately 5% of the waste is collected for recycling. Research reveals about 82% of Ghana’s plastic wastes could be readily recovered and recycled with existing technologies into value-added products locally and within West Africa. 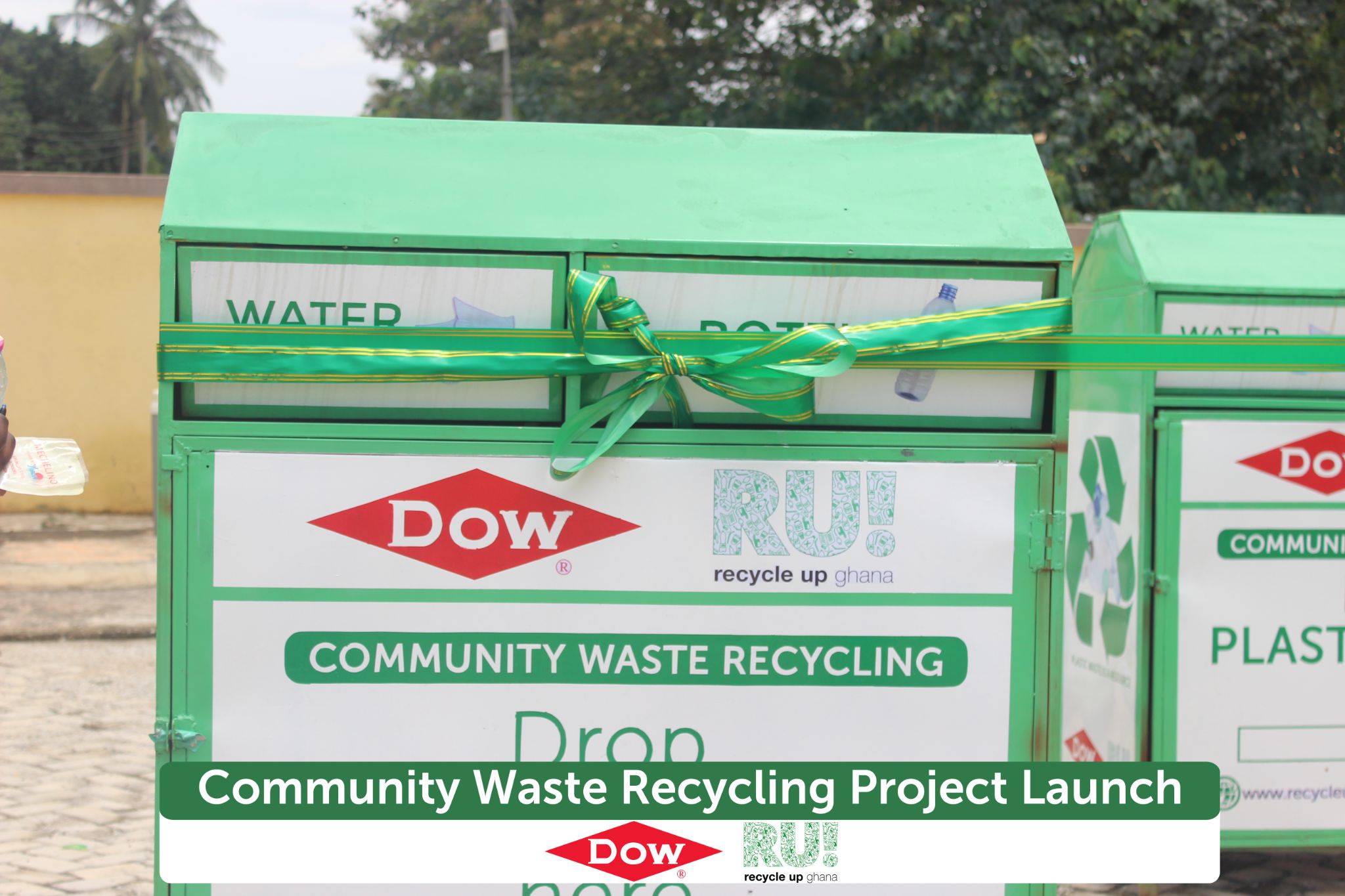 A picture of the special bins for plastic waste collection

On the 30th of September, 2021. Recycle Up! Ghana launched a first pilot of its Community Waste Recycling Project at the Nhyiaeso Sub Metro. This pilot seeks to cover six communities in the sub metro: Atasemanso, Fankyenebra, Santasi, Ahodwo, Nhyiaeso, and  Anyinam. It aims at contributing to the United Nations Sustainable Development Goals 6, 11, 12 and 13. 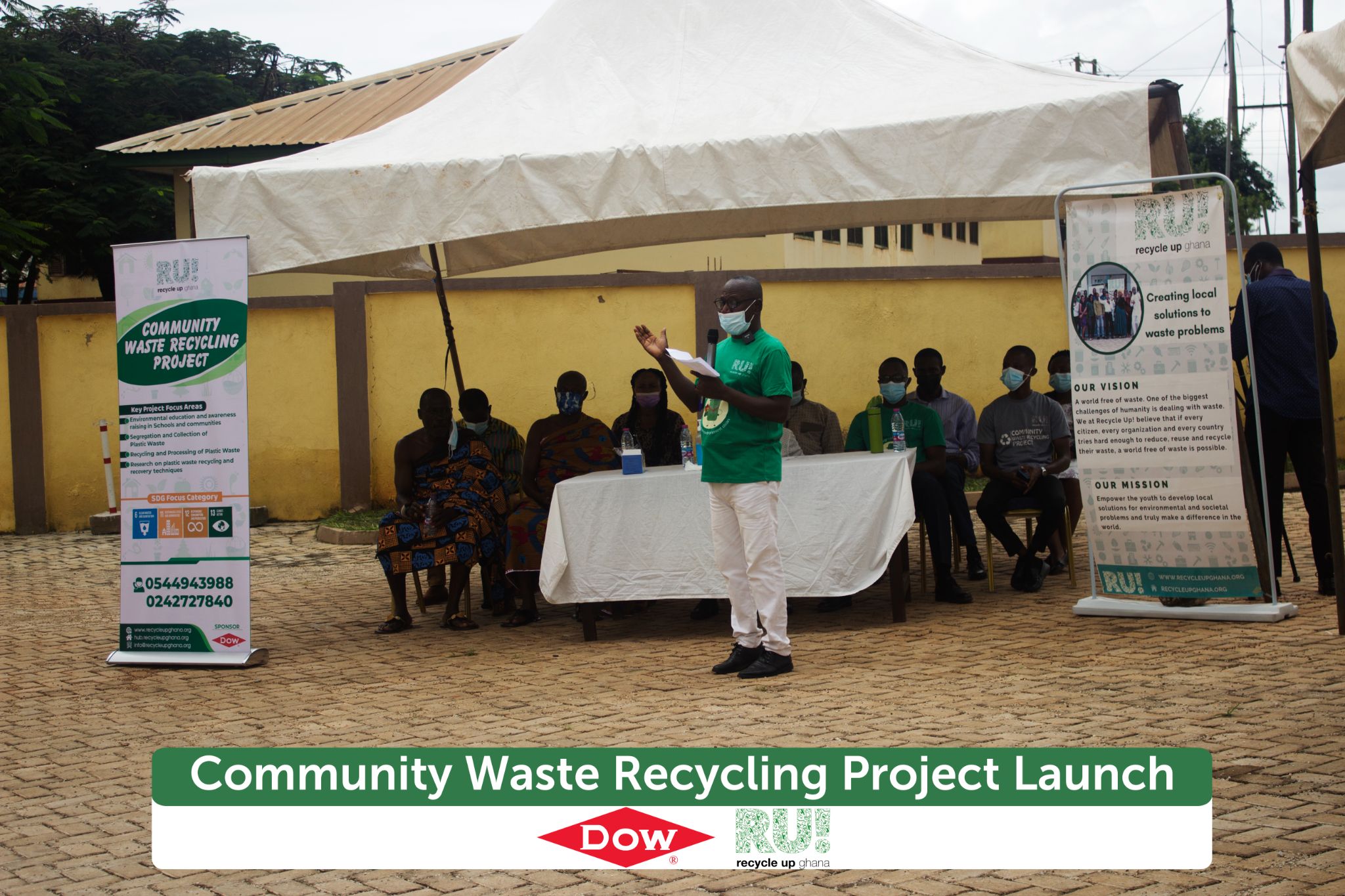 During the event, the executive director of Recycle Up! Ghana, Abdul Raheem Shaibu Issah, explained the project is the pilot initiative to many others in alleviating flooding cases in Kumasi. 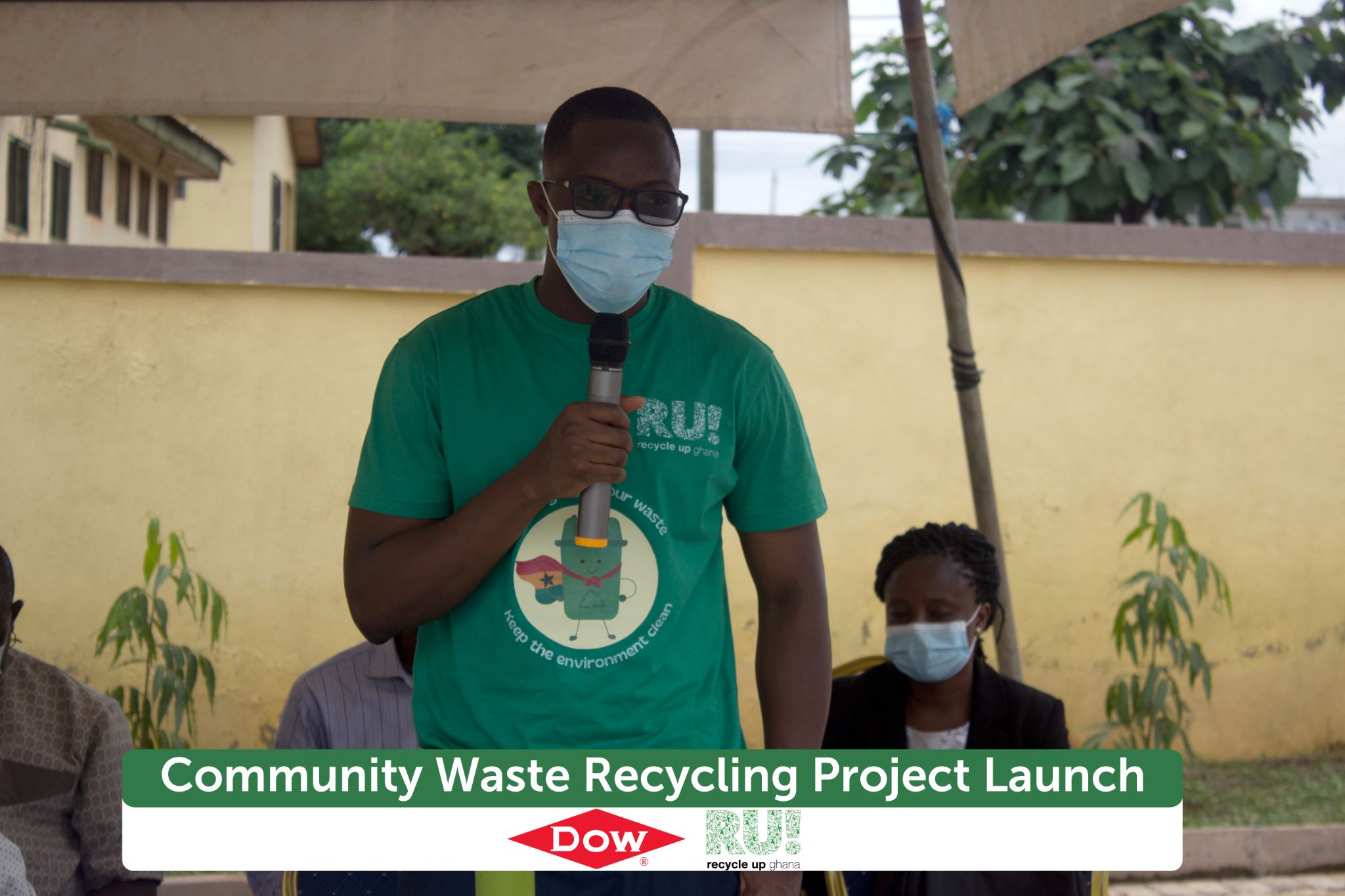 “We’ve identified a lot of flooding cases that are caused by choked gutters due to indiscriminate disposal of plastic waste.

“We conducted a baseline survey to assess plastic wastes made in communities. And, we identified Nhyiaeso as one of the many plastic waste hubs in Kumasi.

“So based on this, we’re setting up this first pilot community waste recycling project to help reduce plastic waste,” he said.

He also indicated “the project is introducing an incentivized way of collecting and recycling plastic waste in the community, where people can exchange their plastic waste for money and other gifts.

The project leader explained the implementation of the project. He made mention that the project would be in three folds: education, collection, and recycling.

With the education, the community would be enlightened on the harmful effects of plastic waste when improperly managed. 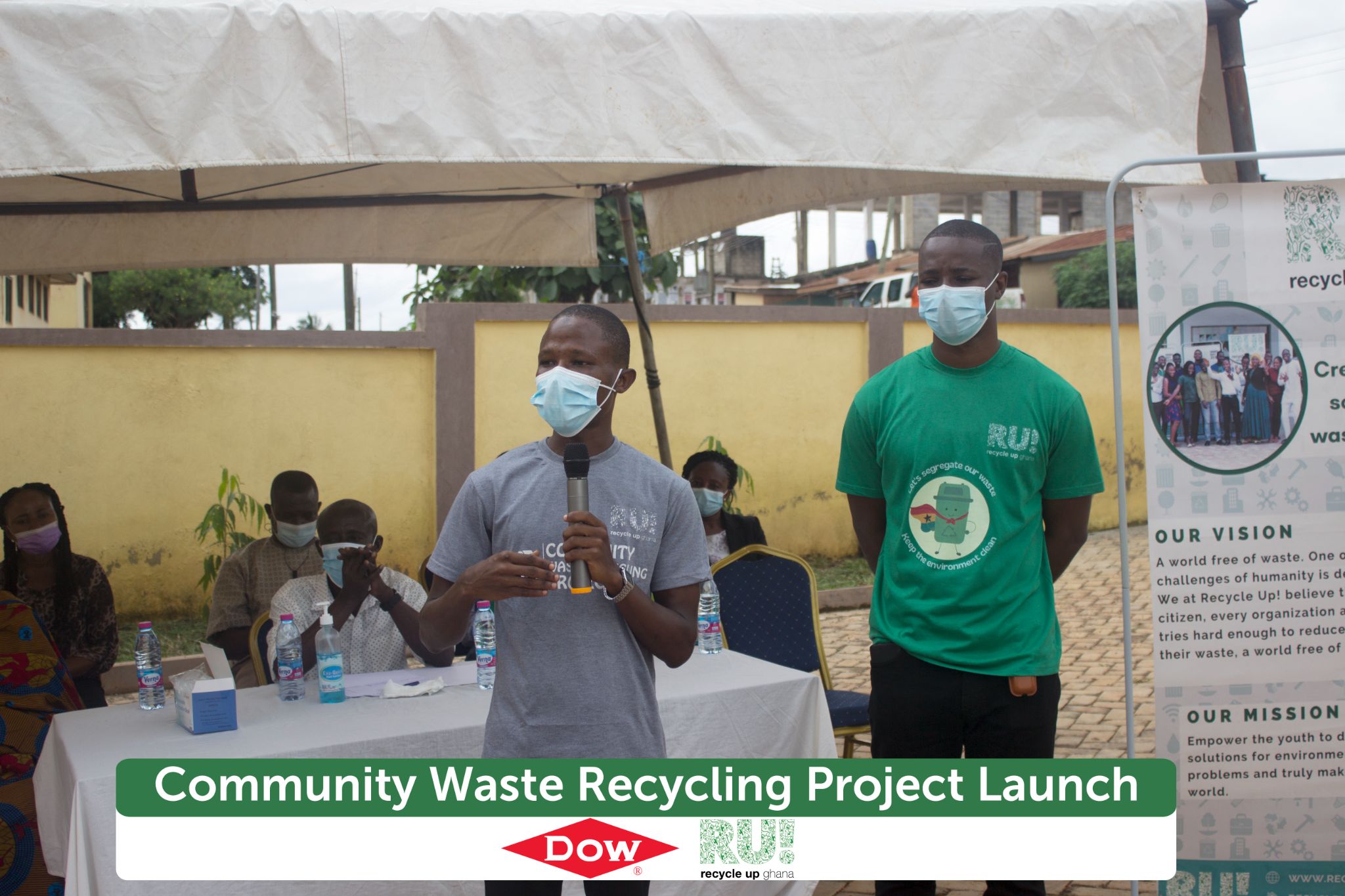 He concluded his speech by explaining the recycling component of the project. He added that recycling machines would be set up in the communities to process the plastics collected.

Representatives from the traditional council of the Atasomanso community welcomed the project and officially launched it. They further advised the community to support the implementation of the project. 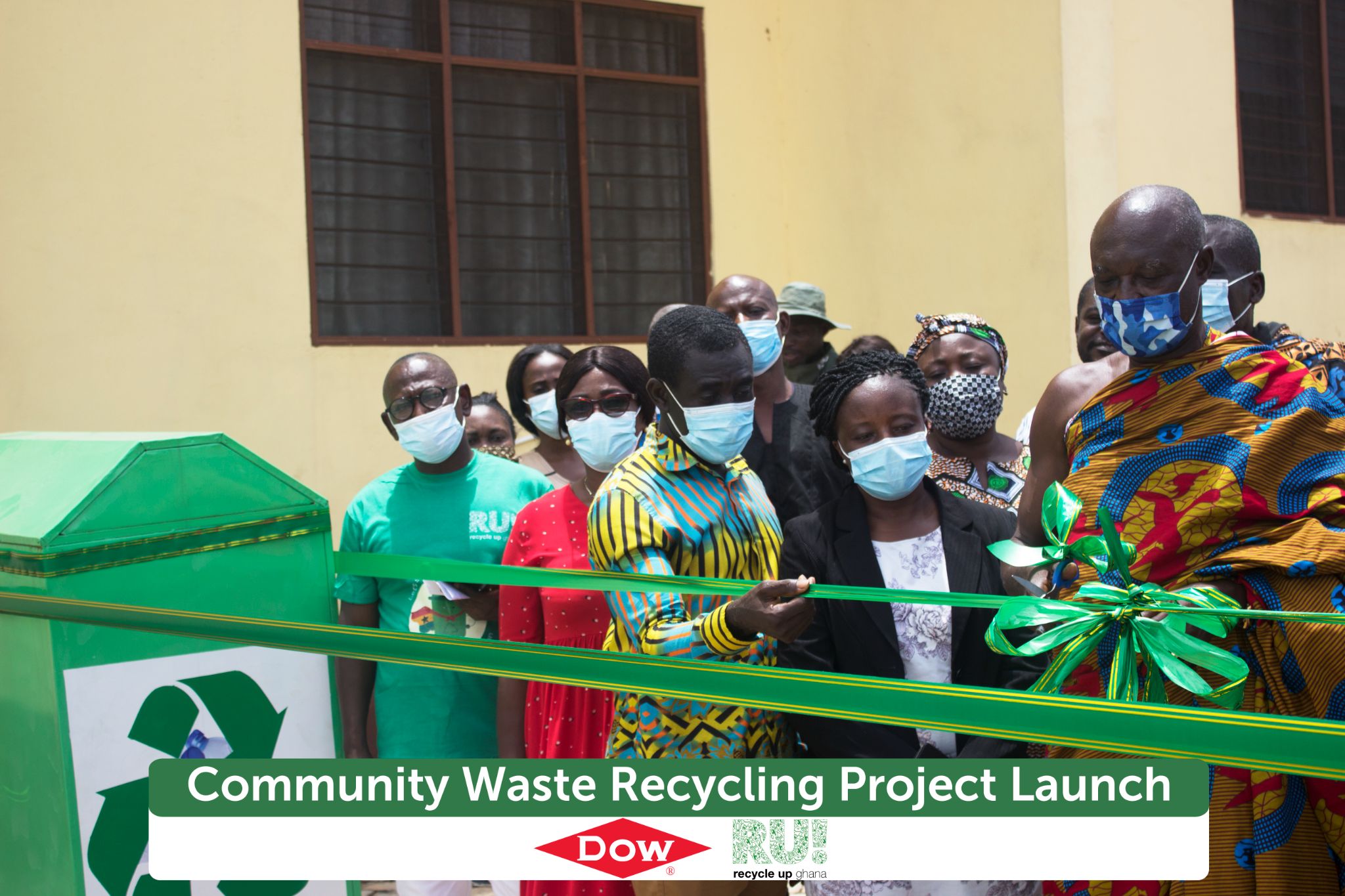 The traditional council representatives cut the sod to officially launch the project. 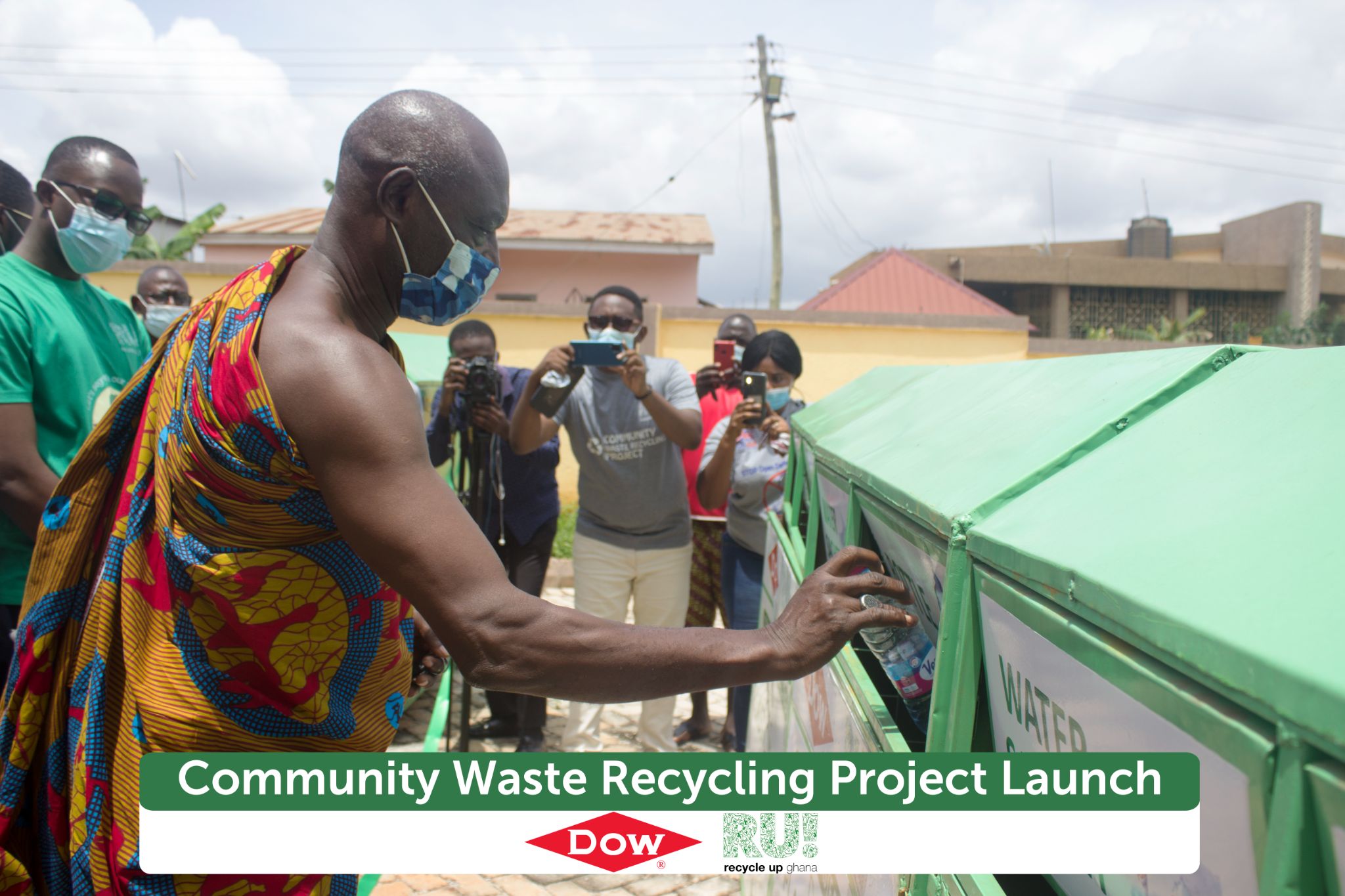 The Chairman of Nhyiaeso sub-metro District Council of Kumasi Municipal Assembly (KMA), Samuel Amankwah, closed the event by lauding the project and advised the project leaders to ensure its continuity.

He further added that “It’s welcome news if only they can deliver. Because there’ve been quite a number of NGOs who embarked on similar projects in the District but failed. “So, if we have a project like this in the community to be able to accommodate this plastic waste challenge, then I think it’s a laudable idea.

“I’m hoping they help fight this issue of plastic wastes in the district,” he said.

This project is proudly funded by DOW Chemical.