Day 10 in Kumasi: The Grande Finale 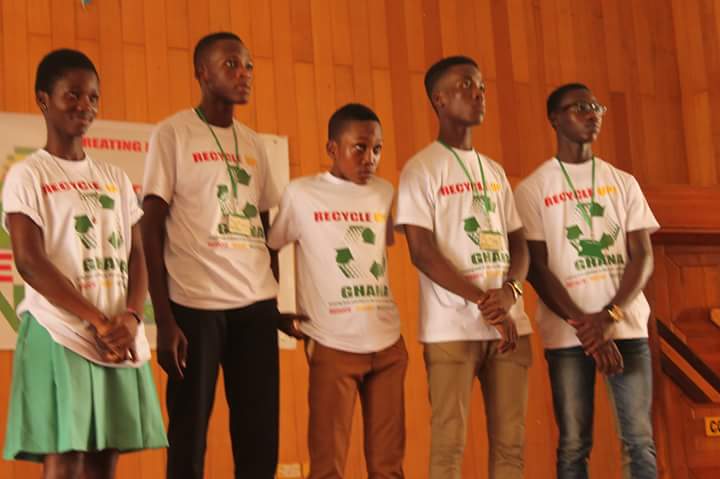 Introduction
The day started at the Engineering auditorium, KNUST at 11.00am when all was set and a prayer from Albert, one of the participants, was said. Team leader Fatima continued swiftly with a brief welcome address before Prosper, one of the team leaders introduced Technology Without Borders and Recycle Up! Ghana to the audience which comprised of Headteachers, teachers, parents, friends and the general public. Mr. Kofi Arko took charge with a spoken word on “Creating sustainable waste management; the responsibility of the youth”. A video on the activities from the Knowledge, Experience and Solution phases through to the grand finale made by 7Days News was shown to the audience to have a feel of the camp and what their wards had been up to within the last 9 days of the camp. Mrs. Fawziya Abdulla continued with a presentation on “Socio-economic importance of waste management, and the responsibility of the youth”. Snacks were taken before the teams’ presentations began.

Presentations
“Team Kay” started with addressing some issues arising from the use of plastics and suggested ‘Education’ as a means to combat the menace. Among others, they mentioned that people are ignorant of the fact that plastic recycling companies existed, and that money could be raised from plastic ‘waste’.
“Team I5” continued right after and they suggested ‘Segregation’ as a possible solution to not only the plastic waste problem we face, but other components like papers, metals, organics etc. They highlighted that segregation makes waste management easier, generates income, saves land space and ultimately, leads to a cleaner environment.
“Team Raw” proceeded with theirs which stated that waste was improperly managed due to ignorance, negligence, inadequate waste bins at vantage points, etc., and suggested ‘Education’ based on 4 principles: Refuse, Reduce, Reuse and Recycle, as a possible tackling solution.

A poem was said by Obinkyere, one of the 2014 group of Recycle Up! Ghana ambassadors on the effects of plastic waste on the environment stressing on recent floods that occurred in the country.

“The ambassadors” with emphasis on ‘Segregation’, mentioned that “waste segregation was not an option, but a responsibility”. They however stated that Education played a vital role in their quest to combat the waste problem the country faces, but needed supervision and enforcement of environmental laws to be effective to enhance the segregation process.
“Team Jonny” came up with the idea of ‘Upcycling’ as a way of managing waste especially plastics. They mentioned that it improves the beauty of the environment, enhances the creativity of students and a way of generating income. They ended with a display of a mini-bench they constructed with about 93% of plastics and 7% wood to the audience.

All teams received an applause after their respective presentations, and from the judges, Teams Jonny and I5 emerged first and first runner up respectively.

Conclusion
A dw-tv documentary on Recycle Up! Ghana was shown to the audience for them to acknowledge the work we do that attracted the attention of a reputable broadcasting television station in Europe.

Certificates were distributed to participants, mentors and camp supporters. The event ended with a closing prayer by Issah Iddrisu, the mentor of Team I5.

See pictures from the grand finale in the gallery below: 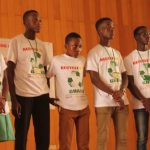 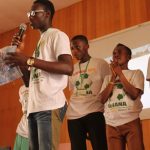 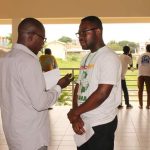 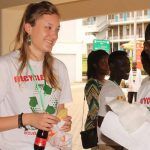 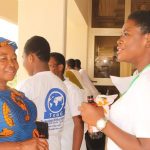 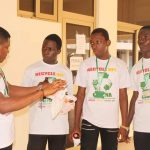 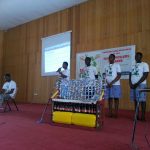 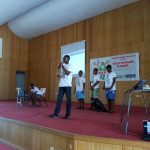 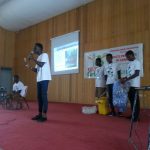