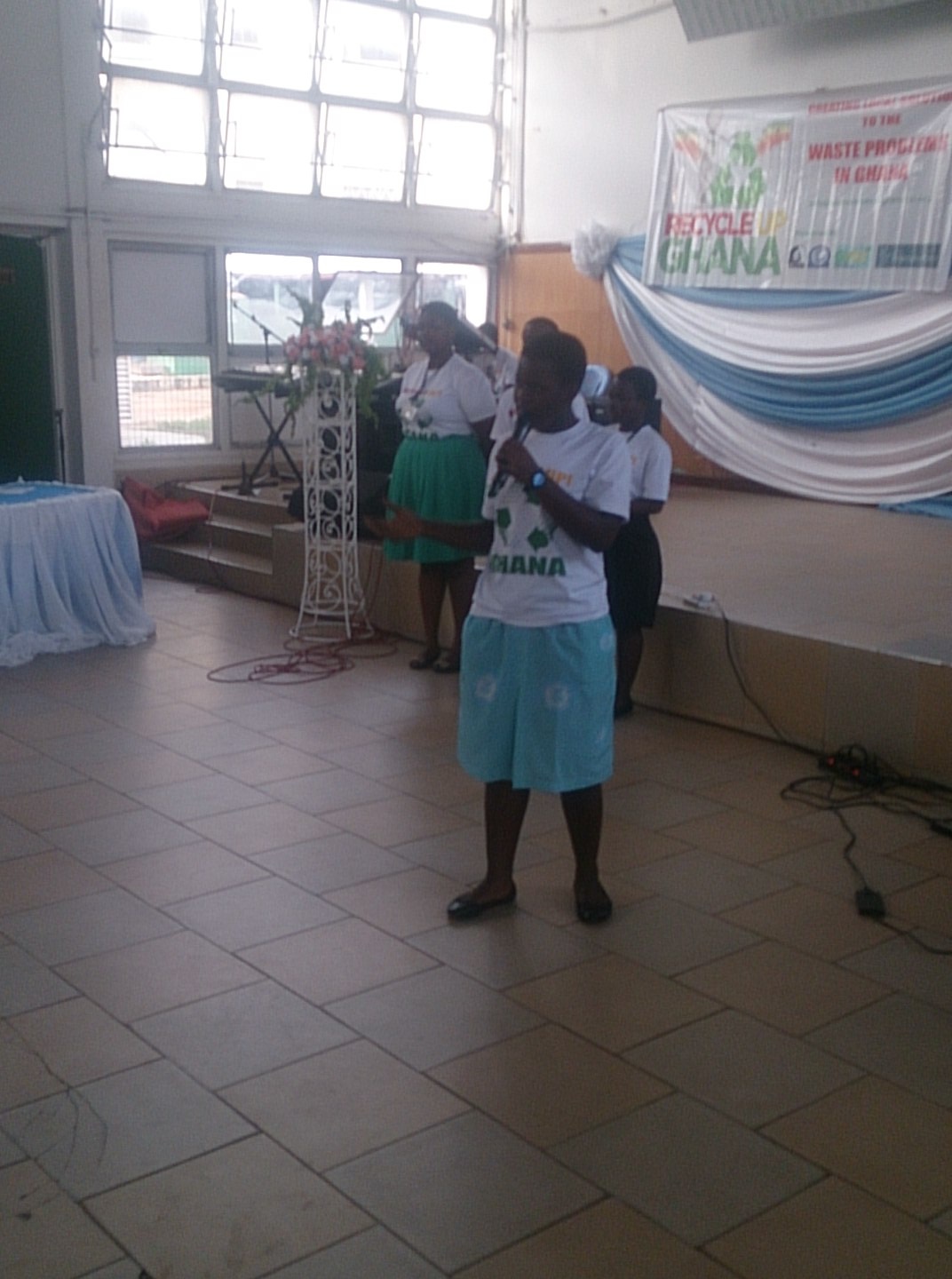 The day we had been waiting for was finally here. The Recycle Up Ghana Camp Grand Finale in Kumasi. The Day began with breakfast at 7:30 and participants met with team to finalise their presentation and projects. The event kicked of at exactly 2:30 pm with an opening prayer from a participant. Dignitaries present included Miss Mariama Iddrisu of Ghana Youth for Sanitation, Mr. Abass of Tecno Recycling company, Mr. Anthony Adukpo from The Oti Land fill site and some heads and teachers of the Participating schools. Also in attendance were families of participants, Student leaders of KNUST, colleagues of Participants, Media personalities and Recycle Up Ghana ambassadors.

After the Teams Presented their ideas there was a public voting by the audience and the ‘A’ team was elected as the best group.

Check the pictures below.

After all the hard work, the day we all had been waiting for finally arrived! Yes! The Grand Finale of Recycle Up! Ghana Cape Coast 2015. 4 Groups will each pitch their ideas to a panel of judges who would determine which idea is best. In attendance was Mr. Afrifa, of the University of Cape Coast, and Madam Quagraine, assistant head mistress of Christ the King Academy. During the morning, Participants held a last meeting with mentors as they prepared for their presentations later in the day.

The Main Event started at exactly 3:15 pm, with a presentation on Technology Without Borders, by Mr. Oboh Sampson. After that, there was another presentation by the leaders of the Anopa Project who were also present. Tobias, a team leader of Recycle Up! Ghana Cape Coast 2015, also enlightened all guests present at the event about activities that had taken place during the first 9 days of the camp, by means of a picture presentation.

All four teams presented, and at the end, team one, led by Ramatu, were crowned the winners of the Grand finale. All teams will however undertake their projects as they pitched it, with support from Technology Without Borders (TeoG).

Below are Pictures from the Grand Finale. 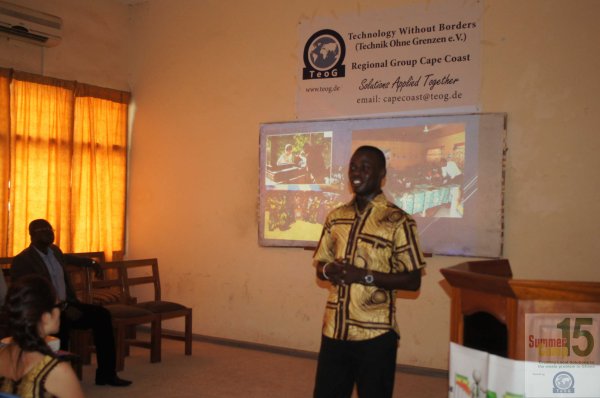 Some Participants at the Grand Finale

Participants listening to a Presentation

Some Invited Guests and Parents Present 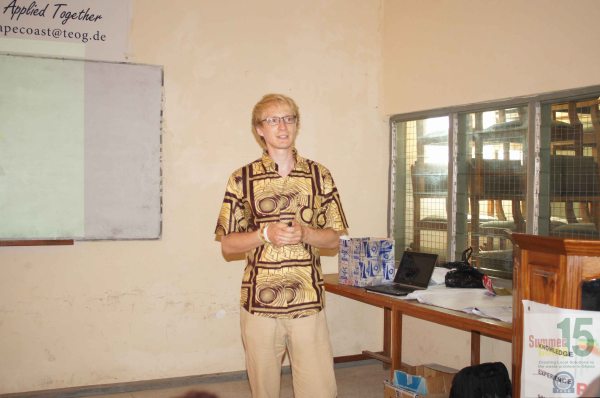 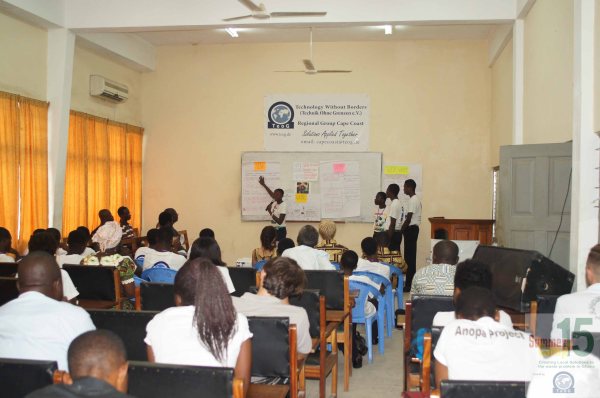 Members of Group 2 Pitching their solutions. 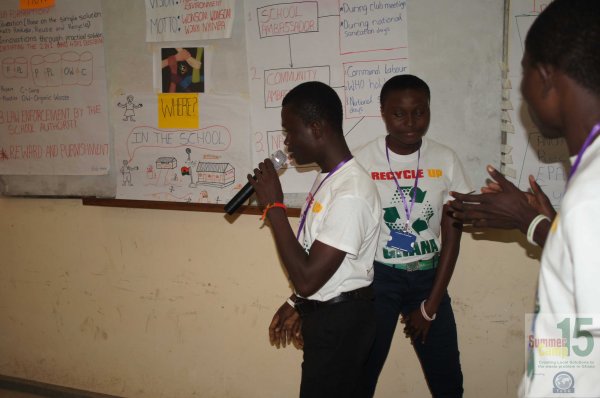 Certificates were also given to all Participants

All the Team Leaders from the camp in Cape Coast

The spirit of togetherness at the Camp, demonstrated fully in this photo.