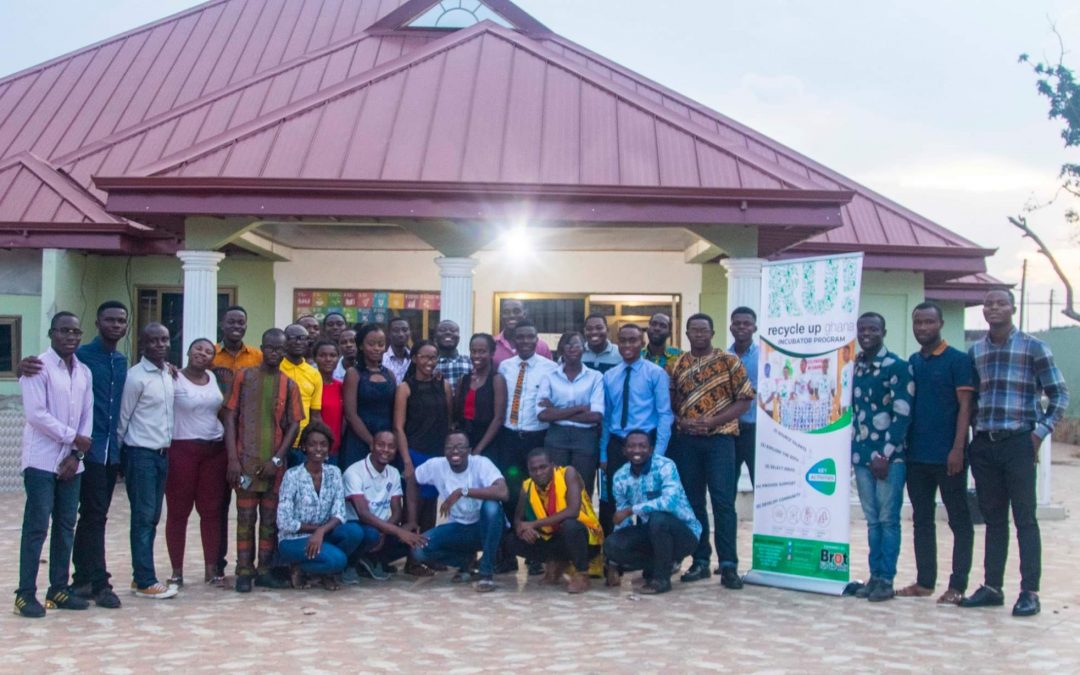 The Business Incubator Program is an initiative of Recycle Up! Ghana, with the aim of bridging the gap between Ghana’s youth unemployment issues and waste management crisis.The project seeks to contribute to the creation of a robust circular economy in Ghana where all resources are effectively used to maximize impact thereby avoiding waste. It develops social entrepreneurs who create opportunities out of local challenges and share their knowledge and experiences with other youth. The program therefore seeks to develop young entrepreneurs who are relentless in their pursuit of creating innovative solutions for the attainment of the Sustainable Development Goals.

A call was sent out for various people who have a passion for the environment and seek to drive a positive change, as well as people with business ideas in the environmental sustainability aspect. Out of several applicants, thirty were selected to undergo training and mentorship, to come up with feasible and sustainable business solutions to the environmental crisis we are being faced with. It therefore began with a boot camp event.

The most ecofriendly, educative, and amazing business incubation program in Ghana came off successfully on Friday, 6th to Sunday, 8th December, 2019, at the Recycle Up! Ghana Hub, Fumesua, Kumasi. By 9.00am on the Friday, the participants had started arriving and were warmly welcomed by the volunteers and staff of Recycle Up! Ghana. Upon arrival, they were directed to the reception where they were given notepads and pens, and were made to sign in and wait for the program to begin. By, 4pm all the participants had arrived and the program finally began.

They say “A journey of a thousand miles begins with a step”. This three day bootcamp journey began with a game through which the participants and organizers introduced themselves to each other and got acquainted with each other. After which our co-founder, Alhhassan Baba Muniru, with our Executive Director, Abdulrahim Shaibu-Issah gave a presentation giving an overview of the bootcamp, the 17 Sustainable Development Goals, and an introduction to the meaning of term Circular Economy. After this presentation, there was a short break, during which all present were served with Pie and soft drinks to help them relax, in preparation for the next session.
The next session was the Rough Pitching contest, where participants with ideas wrote them down on flipcharts and posted them. After the posting participants went round to listen to each others’ ideas and know a little about what each idea was about. This lasted for about thirty minutes. After which all present were encouraged to vote for the idea they think is the most feasible. There were about twenty-six ideas presented, some of which were mergers between individual ideas. But only sixteen had the highest votes and moved on to the next stage. Participants whose ideas did not pass this stage were encouraged to join with those whose ideas did, to form teams.
The first day ended successfully by 7.00pm, with a presentation on the road map for the weekend after which our organizers gave the closing remarks. Supper, “awaakye” with salad, macaroni, and chicken, was served. This marked the end of the first stage of the boot camp. That evening, the teams were encouraged to work on their ideas and do more research into the details of their ideas. Some did, and some slacked, but by the end of the day everybody had results according to the effort they put in their work.

On Saturday morning, from 9.00am to 12.00pm, there was an interactive session with our honorable coaches and mentors. Within this time, the main business of the day began.
The various teams, made up of maximum of four members each, got together to work on their pitches. They were educated on problem definition, customer discovery, customer validation, and iteration based on feedback from stakeholders. This session helped the teams to learn how to identify and define the environmental problems on which their ideas were based and how to solve them with their ideas while making money out of the solution. They were also enlightened on customer needs and how to make their product or service stand out.
At 12pm, there was a short break and lunch was served.
After lunch, the teams continued working till 5.00pm when they were educated by the coaches on value proposition, validating the minimum value product, and introduction to the business model canvas. The various teams now worked on the business model canvas with the help of our honorable mentors. During this time the coaches and mentors groomed the teams for the deck pitch which was to happen on the next day.
The second day was wrapped up finally by 6.00pm after which supper was served.

Hurray!!! Sunday, the BIG day finally arrived! The climax of the Recycle Up! Ghana Startup Weekend Bootcamp was this very day. From 9.00am to 12.00pm, the teams continued with putting together their deck pitches after which our honorable mentors and coaches held mock pitches for them and gave them feedback on how to polish their presentation skills for the main event. By the end, the teams were well groomed on how to present their ideas to the judges during the deck pitching event. at 12.00pm, all present enjoyed a tantalizing lunch of rice with stew and chicken and salad. Funny enough some teams were so tensed that some of their members were not even able to finish their lunch before the deck pitch began.

Finally, At 1.30pm, the deck pitch began. The various teams were given five minutes each to pitch their ideas to the judges after which they were allowed three minutes for questions and answers. After all the teams had presented, the judges excused themselves to make a decision as to which  of the teams would be qualified. During this time, there was an interactive session where the participants answered questions about their experience at the boot camp and what they had gained from it. It was fun. There was laughter, and the stress from the tension in the deck pitch was released. After some minutes, the judges came out and the final teams were announced amidst cheers and congratulations from the teams that could not qualify. Certificates were then presented to all the participants, and the closing ceremony followed by a photo shoot followed, to acknowledge a successful end to the Recycle Up! Startup Weekend Boot camp 2019. 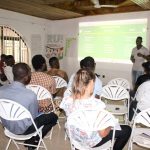 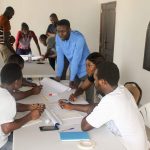 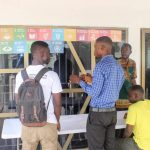 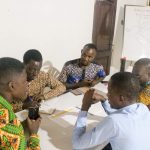 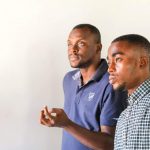 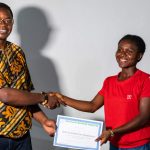 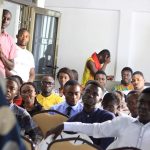 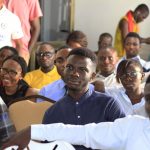 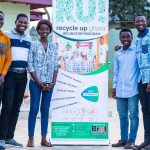 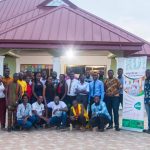 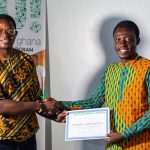 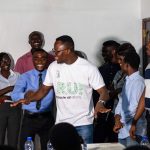 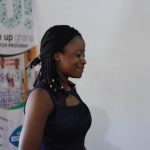 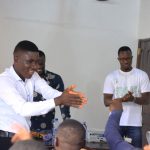 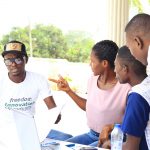